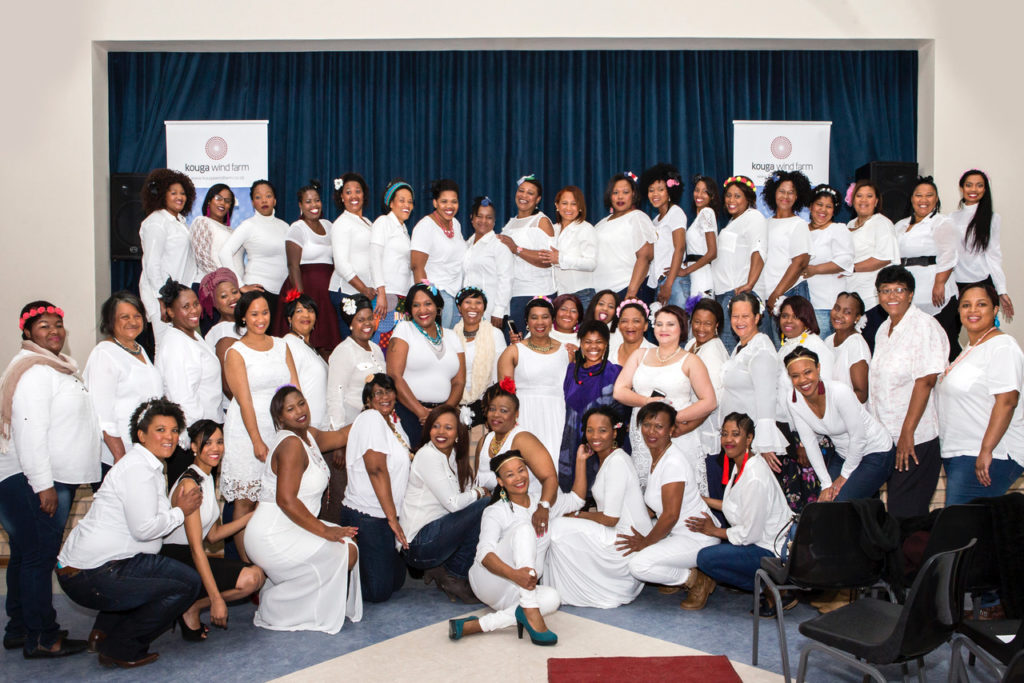 Unlocking the full potential of local communities while optimising the use of resources through impactful financial support – whether big or small – is Kouga Wind Farm’s new guiding model for its socio-economic development (SED) programme.

The brainchild of John Kretzmann and John McKnight, who researched self-organised communities and critical success factors, the Asset Based Community-driven Development (ABCD) approach to upliftment was born in Canada in 1993.

“They found that efforts are more effective and longer-lasting when community members dedicate their time and talents to creating the changes they desired and not just focus on what is lacking,” the wind farm’s community liaison officer Trevor Arosi explains.

“We were introduced to the model through interaction with our stakeholders including the Bophelo-Impilo Development Centre, who ran our Rainmakers women’s empowerment programme.”

Trevor underwent training in the module and gave a talk on its value at Windaba, South Africa’s premier wind energy conference and exhibition, late last year.

“There is a growing community of ABCD facilitators in South Africa, both as organisations and individuals, who conduct social/community development utilising this approach,” he says.

“But it is Ikhala Trust, a Port Elizabeth-based entity, that is one of the country’s formidable ABCD champions with an international presence. We aim to follow in those pioneering footsteps.”

Trevor says that the ABCD approach appreciates the strengths, potential, social capital and capacity that communities inherently have and how to unlock these.

“Our Rainmakers project is one example of how the concept works. Rainmakers were trained and empowered in aspects of ABCD, for instance assets identification, appreciative enquiry, visioning and planning,” he adds.

“Most of the Rainmakers groups have already submitted proposals that need small financial support but are very impactful. This is a result of having identified assets within their communities that could rather receive strengthening support instead of starting new competing or duplicating projects.”

“We strongly feel that henceforth, all our engagements with communities, focus groups and community-based initiatives should assume the posture of ABCD in approach. This, we believe will optimise use of the resources we invest in supporting local initiatives.”