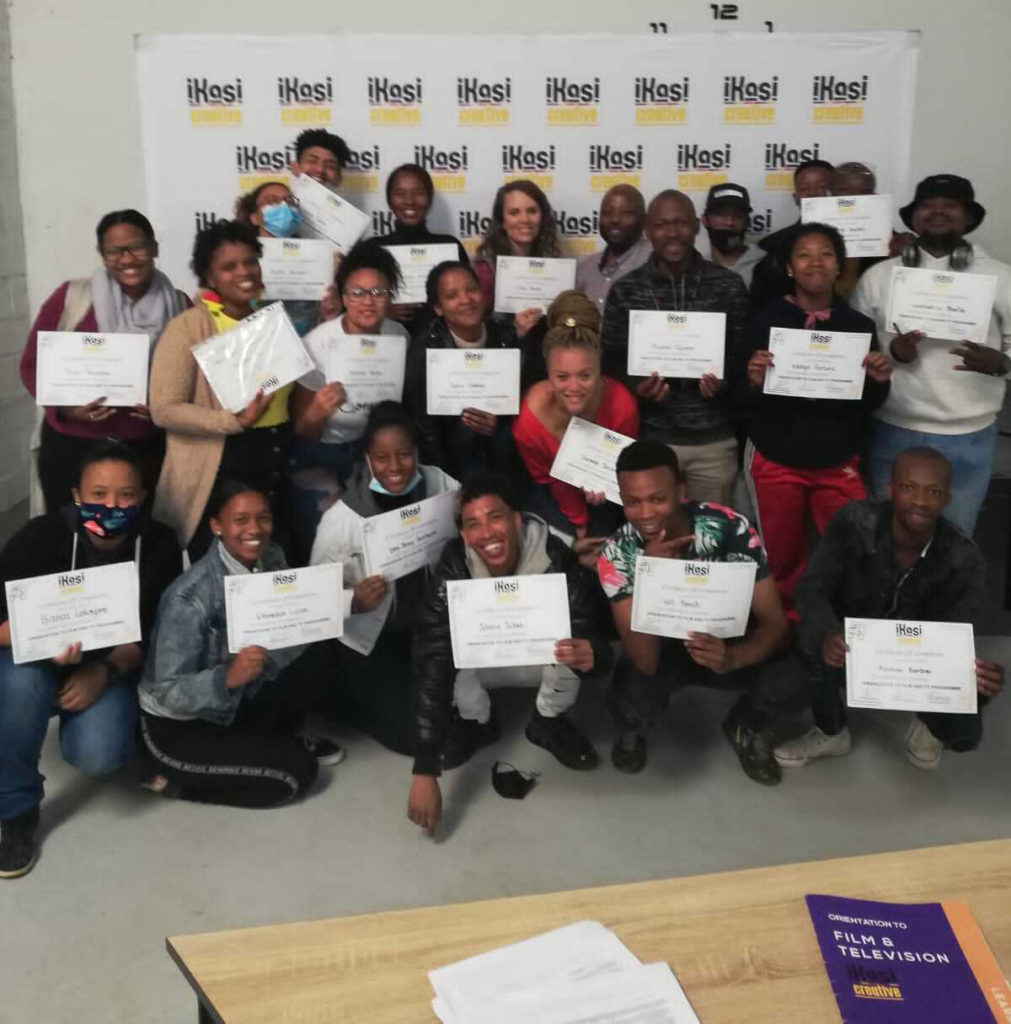 “We are passionate about training and empowering rural unemployed youth to get access to a career in media,” says  Khanya Sosibo, Director at iKasi Creative Media.

The organisation’s vision is “to give hope and focus to marginalised and previously disadvantaged youth” – classified as NEET (Not in Employment, Education or Training).

“iKasi undertakes partnerships with local organisations to promote and conserve heritage stories, by encouraging the youth to tell and record the stories of their elders and of their communities by making use of technology that is available, like smartphones,” says Sosibo.

iKasi Creative Media, in collaboration with Kouga Wind Farm, presented a successful film and digital media workshop to two groups of participants in Humansdorp. The first group of participants took part in the programme in April and the second in May.

Over a period of five days learners were taken through various stages of training, including:

Bianca Lekagane from Hankey felt that the course was “both fun and educational”.

“I learnt how the film and media industry works, what careers there are, and how to take great footage with just my phone,” she says. “Also, we learnt how to work as a team. It has been so valuable.”

Another student, Will Smith from Humansdorp, was excited about what he had learned.

“We were taught how to edit a video perfectly, how to take different shots, how to shoot a video with my phone and make it look as good as if it was taken with a camera. There are so many opportunities in the film industry; not just working with a camera,” Smith says.

Trevor Arosi, Economic Development Manager at Kouga Wind Farm, says: ”We are proud to have been able to sponsor these programmes, which have upskilled learners in the area and ignited an interest in them to be able to explore entrepreneurship opportunities in this industry in their own community.”