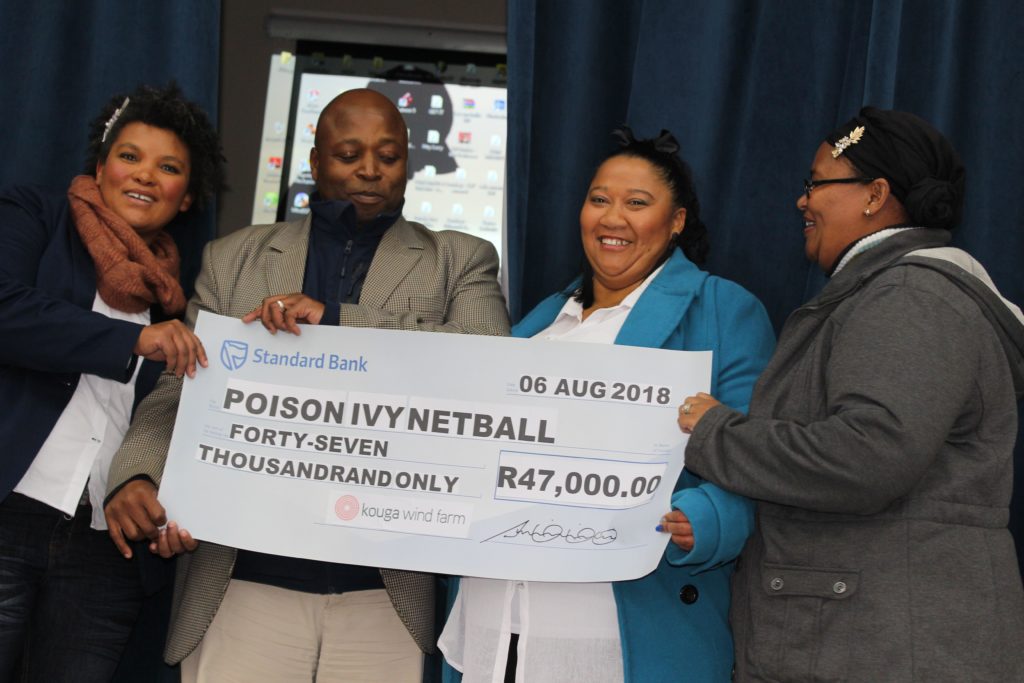 One of the first community projects to grow from the Rainmakers Legacy Programme is the Poison Ivy Netball Academy in the northern areas of Humansdorp.

Started two years ago as a social netball club by a small group of women from Kruisfontein, the new academy aims to expand their efforts and keep vulnerable girls off the streets by introducing them to the joy of netball.

According to chairperson Ernelda Plaatjies, the club, which currently has a dozen players aged 14 to 22 years, has been a great success.

“They have been reigning Kouga champions for the past three years and that means that they qualify for participation in the super league, which is currently run by the Sarah Baartman structure.”

Now a R47 000 financial injection from Kouga Wind Farm’s socio-economic development programme means the Rainmakers of Kruisfontein will be able to make a meaningful difference in the lives of more young girls in their community by harnessing the power of sport.

The academy board – which includes qualified provincial and regional coaches – plans to teach players as young as five years old and has already rolled out a skills development programme for Grade R pupils on Mandela Day.

Previous PostBright hopes for bursary holders
Next PostCelebrating our women