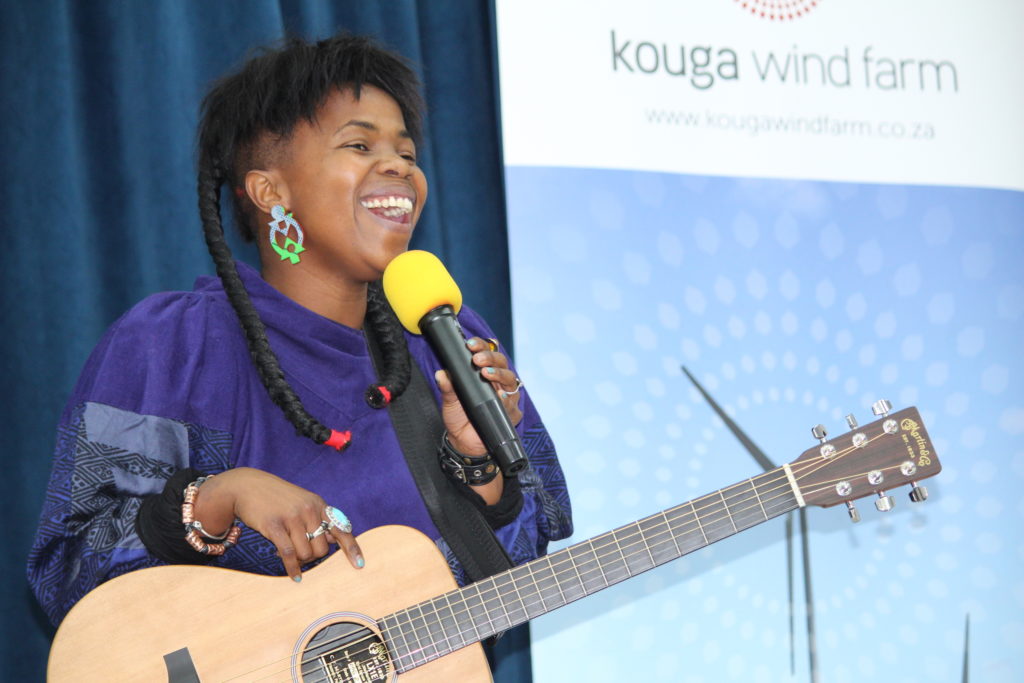 A little bit of pampering, a professional photo shoot and an evening of thought-provoking entertainment was the Rainmakers’ reward after months of hard work, making a difference in their communities.

Guest of honour at the September 9 event was Freshlyground star Zolani Mahola, who treated guests to a motivational talk, musical story-telling and a chance to hear her world-famous voice.

The day kicked off with a mini make-over for the Rainmakers, who presented their proposed community development projects to a panel of external judges in May this year. Hair and make-up touched up, the ladies were ready for their photo shoot.

The images will be included in their very own professional portfolios. Each rainmaker will receive a printed booklet outlining her achievements, which she can use to look for the perfect job, obtain sponsorships for community projects, tender for projects and participate in business opportunities.

For dinner, the Rainmakers were joined by other women from their communities. After the meal, the 100% locally made film, Diary of Love and Pain – written and filmed by local policeman, writer, producer and director Luvvuyo Mayinje – was shown.

The film, which will be screened on Mzansi Magic, sends out clear messages about youth pregnancy, HIV/Aids, alcohol abuse, domestic violence, relationships, and other social problems. Shot in KwaNomzamo and featuring local amateur actors, it was released last month at an event also sponsored by Kouga Wind Farm.

Finally, it was Zolani’s turn to inspire guests with her story of growing up in New Brighton, Port Elizabeth, and the challenges she faced before becoming one of Africa’s most recognised female singers.

Zolani brought down the curtain on a beautiful and motivational day, enchanting guests with the voice that has thrilled millions of fans.

The Rainmakers’ journey so far:

Previous PostGirls get a sporting chance
Next PostVisitor from outer space