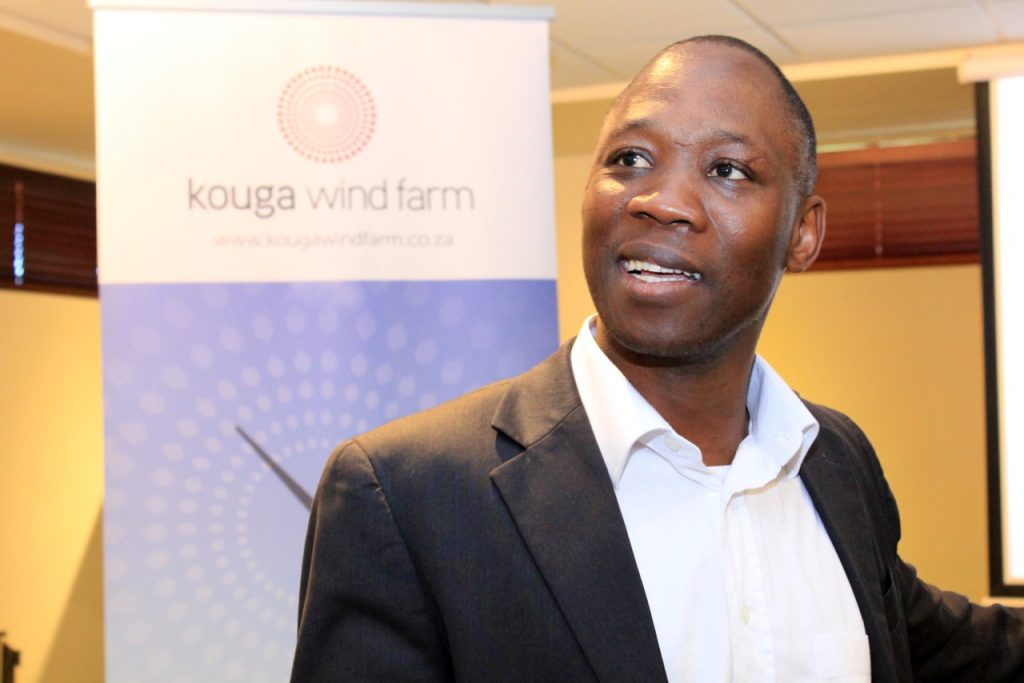 Ndube took over the helm of the Kouga Wind Farm on 1 July after more than a decade spent at Eskom’s Koeberg Nuclear Power Plant in Melkbos outside Cape Town. His role is to ensure the overall operational performance of Kouga Wind Farm, which includes fulfilling its obligations as an Independent Power Producer in the Department of Energy’s Renewable Energy Independent Power Producer Procurement Programme.

A professional engineer with more than 15 years’ experience in the Energy Industry, Ndube holds an MBA degree and a Bachelor of Science in electrical engineering from the University of Cape Town and a postgraduate Diploma in Science (Physics, Engineering and Safety of Nuclear Power Reactors) from Witwatersrand University.

Ndube, who hails from Port Elizabeth in the Eastern Cape and speaks Xhosa, Zulu, English and Afrikaans, is the chairperson of the Western Cape Region for the National Society of Black Engineers, and is also registered with Engineering Council of South Africa as a Professional Engineer and is a member of the South African Institute of Measurement and Control.

“To ensure that the Kouga Wind Farm is a success and most importantly delivers on its commitments, I will be working closely with all stakeholders because working together ensures the sky is not the limit but rather the beginning”